Browse: Home   /   The Business of the 21st Century by Robert Kiyosaki

The Business of the 21st Century by Robert Kiyosaki

Explains the revolutionary business of network marketing in context of what makes any business a success in any economic situation. This book lends credibility to multilevel marketing business, and justifies why it is an ideal avenue to make money.

Robert Kiyosaki was born and raised in Hawaii, and is a fourth-generation Japanese-American. He attended college in New York, and after graduating, joined the Marine Corps and served in Vietnam as an officer and helicopter gunship pilot. After the war, Robert worked for the Xerox Corporation as a salesman. In 1977, he started a company that brought the first nylon Velcro ‘surfer wallets’ to market. In 1985 he founded an international education company that taught business and investing to students throughout the world. In 1994 Robert sold his business and retired at the age of 47. During this somewhat short-lived retirement, Robert, collaborating with co-author Sharon Lechter, a C.P.A. and his business partner, wrote the bestselling book “Rich Dad, Poor Dad”. 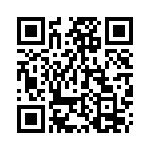