Midas Touch: Why Some Entrepreneurs Get Rich– and why Most Don’t by Donald Trump & Robert Kiyosaki

In this title, two entrepreneurial icons share experiences and insights into creating and building successful businesses. What makes some business owners wildly successful? What separates the entrepreneurs who build businesses from ones who just seem to create more work for themselves? How, exactly do the world’s most prominent business builders seem to hit home run after home run? The answer: They have the Midas Touch. Donald Trump and Robert Kiyosaki believe the world needs more entrepreneurs. For the first time, two of the world’s most successful and influential entrepreneurs will share their own Midas Touch secrets. Secrets that will both inspire you to find and fulfil your passion as well as provide you with the hands-on guidance you need to be successful. Through their real life stories of success, failure, perseverance and purpose, you’ll discover how they do it and whether or not you have what it takes to drive your own entrepreneurial success.

Donald John Trump was born in Queens, New York on June 14, 1946. He received a degree in economics from the Wharton School of Finance at the University of Pennsylvania. After graduating college in 1968, he joined the family real estate development business. In 1971, he was given control of the company and renamed it The Trump Organization. He is also the founder of Trump Entertainment Resorts. He is the author of many business-related books including The Art of the Deal. He was the executive producer and host of the NBC reality show The Apprentice. On June 16, 2015, he formally announced his candidacy for president in the 2016 election, seeking the nomination of the Republican Party. He won the Republican nomination and went on to win the Presidency in November 2016.

Robert Kiyosaki was born and raised in Hawaii, and is a fourth-generation Japanese-American. He attended college in New York, and after graduating, joined the Marine Corps and served in Vietnam as an officer and helicopter gunship pilot. After the war, Robert worked for the Xerox Corporation as a salesman. In 1977, he started a company that brought the first nylon Velcro ‘surfer wallets’ to market. In 1985 he founded an international education company that taught business and investing to students throughout the world. In 1994 Robert sold his business and retired at the age of 47. During this somewhat short-lived retirement, Robert, collaborating with co-author Sharon Lechter, a C.P.A. and his business partner, wrote the bestselling book “Rich Dad, Poor Dad”. 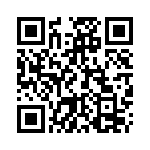 There are no reviews yet.

Only logged in customers who have purchased this product may leave a review.

For Online Payment transactions, Total Checkout Price must be >= PhP100.